Steve Johnston, who founded Demand Solutions in 1984 and retired in 2004, passed away this past January. Bill Whiteside, now a Principal in Demand Solutions Northeast, was an early Demand Solutions customer, and was one of the company's first sales representatives. Bill wrote this tribute to Steve.

"Billy, let's grab a smoke." I don't smoke. Never have. It was Steve Johnston's way of saying: Let's go find a place where we can talk. 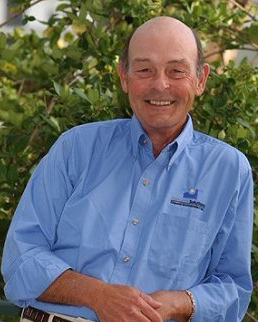 A conversation with Steve could be about anything and everything. An interesting software challenge or a challenging software customer ... a story about the art and precision required for the turning of one of his perfectly symmetrical wooden bowls ... an anecdote about a sporting admission that changed the result of a croquet match ... or perhaps a customer's enhancement idea from the morning before that Steve coded into his software that night. (More easily done in those days when you could hand the customer her upgrade on a 5 & 1/4 inch floppy). There were the times he nudged me to grow my one-person company at the time into a real business. And once he forcefully countered my refusal to accept his kind and generous offer to send my wife and me on a two-week company trip to Australia. ("OK ... take your kids. Next problem.").

Steve made a lot of money. He was a commercial software pioneer in the earliest days of personal computers. He couldn't afford a garage when he started coding, so Demand Solutions was born in Steve's kitchen. Companies of all sizes and personalities paid Steve for his forecasting and planning software so they could save money on their inventory while increasing sales as a result of enhanced customer service. Their feedback helped Steve continuously improve his software and grow his business. They grew together.

I was one of Steve's early customers. His software's performance and his devotion to his customers inspired me to the degree that I was the first of roughly a dozen customers who quit our jobs to go to work for Steve. For free. All we had was faith in his software, belief in ourselves, trust in his vision and his ability to deliver, and the opportunity to earn a nice commission if that passion could somehow be transformed into sales to new companies. It worked.

The indelible impact that Steve made on so many of our lives was the product of his infectious joy for life and the limitless horizons of his interests. Steve also had a zeal to completely absorb and absolutely master the sports, the crafts, the music, the arts and the technology that captured his fancy. Croquet? That picnic game? Steve will be inducted into the United States Croquet Hall of Fame later this year.

Steve was not only very interesting, he was also very interested, and he gave you the sense that your story was as fascinating as his. Even though you absolutely knew he would tell a dozen others "this story that's for your ears only," you never stopped feeling privileged and charmed when he brought you into his confidence.

Steve sought and heartily embraced the best in life – from fine cars to luxury accommodations to the best food and wine. It was never Steve's intent to show off; it was always his practice to share. Steve also sought and embraced the best people – for their talent, their character and their ability to add to the conversation.

Music was his particular passion. Both of Steve's parents were professional musicians. I only heard him play the piano, but others have marveled at his talent for the guitar and other instruments. Steve once took me for a ride around the block just so he could play me a hymn from a Cambridge Singers' Christmas CD that literally drove him to tears.

When Steve hit his mid-sixties, at a point when more than 2,000 companies in 74 counties were using Demand Solutions' software, he sold his company and retired. Even then he made it a point to find a solid and benevolent buyer who kept most of us on as they continued to build the business that Steve had begun. 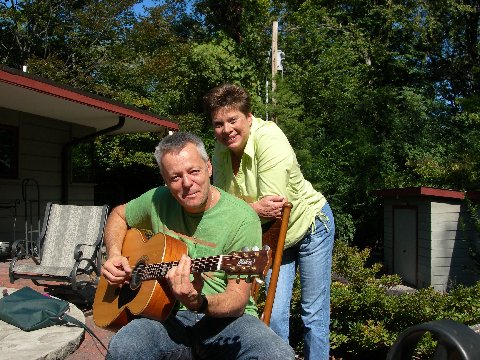 Of course we had a retirement party. Steve practically insisted on it. (Urban legend had it that Steve picked the menu and worked out the seating arrangements for this "surprise" party). There had to be at least one true surprise though, and Steve's wife Pam suggested the perfect musical guest. Steve adored the playing of Australian guitar maestro Tommy Emmanuel. So we sought out to find if he would be interested, available and affordable, and ... what the heck, somehow it worked. The picker and the coder met for the first time that night. Who knows what "this is just for you" stories Steve shared with Tommy during and after the party. But I do know that from that day on, whenever Tommy Emmanuel's global touring schedule brought him close to where Steve was living, he stayed in Steve's home.

Steve died in mid-January at the age of 74. At his crowded memorial service, each of us quietly knew that we were his best friend, that we held Steve's most intimate insights and opinions, and that Steve would have been especially glad that we were there to help give him a proper sendoff. As Steve's family, his golf buddies, his croquet cronies and my business partner Paul Secraw wove the many dimensions of Steve's life into a rich and complete story that brought laughter and tears in turns, I realized this: Steve was put on this earth for the express purpose of enriching the lives of others. And it worked.

Find Out Your Supply Chain Planning Score in Just 5 Minutes